Behringer announced today that they have entered into a collaboration with pioneering Russian synth designer Vladimir Kuzmin to create a new Polivoks synthesizer.

The Polivoks (aka Polivox) is a Soviet-era synth analog subtractive synthesizer. While the synth’s 2 VCO/VCF/VCA architecture is similar to other analog synths of the era, the Polivoks is known for the unique sound of its filter and its rugged industrial design.

“I designed the Polivoks in 1980 at the Urals Vector plant in Russia, while it was produced by the Formanta Radio Factory. The Polivoks has features that are very unusual on most analog synthesizers, which creates this very unique and distinctive sound, often referred to as ‘Russian synthesizer sound’,” notes Kuzmin.

“For many years, it has been my dream to create a new and much improved Polivoks,” adds Kuzmin. “Uli’s synthesizer Vision provides a fantastic opportunity for me to contribute to the reimagining of my Polivoks and to make it accessible to everyone – a Vision I profoundly believe in and want to be part of.”

“It’s an immense honor to have Vladimir Kuzmin on our team as he is a legendary synth designer. We are extremely proud, we could win him for our ambitious Vision,” notes Behringer head Uli Behringer.

“This partnership demonstrates again that we welcome collaborations with boutique inventors and manufacturers, as we believe we can perfectly coexist and complement each other. We invite anyone interested in a possible collaboration to contact us at joinus@musictribe.com.” 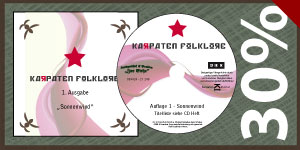